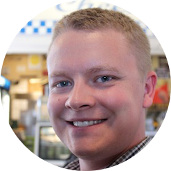 Gideon Juve was a Computer Scientist in the Science Automation Technologies group at the USC Information Sciences Institute. He received his BS, MS and PhD degrees in Computer Science from USC in 2004, 2008, and 2012. His research focused on enabling and optimizing large-scale, data-intensive scientific workflows on clusters, grids and clouds. He now works on the automation team at SpaceX.