This talk explores scheduling problems in the context of large-scale applications from a memory perspective. We focus here on two very different levels of memory in the hierarchy: caches and burst buffers.With the recent advent of many-core architectures such as chip multiprocessors (CMP), the number of processing units is increasing. In this context, the benefits of concurrent scheduling techniques have been demonstrated. But sharing resources often generates interferences. With the arising number of processing units accessing to the same last-level cache, those interferences among co-scheduled applications becomes critical. This talk provides some theoretical models and practical experiments showing how to mitigate these interferences. One recent development in HPC platforms, in a view to reducing the gap between compute and I/O performance, is the adoption of intermediate storage layers known as burst buffers. A burst buffer is fast storage positioned between the global parallel file system and the compute nodes. In a second part of this talk, we investigate the different performance trade-offs arising from using burst buffers to accelerate scientific workflows. This talk finally discusses the difficulty of predicting I/O performance when using burst buffers and how to accurately simulate workflow executions on burst buffers. 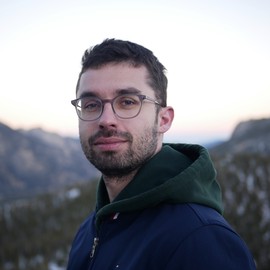 This event is open to the public.

Loic is currently a Postdoctoral Scholar at the University of Southern California in Los Angeles. He’s part of the Science Automation Technologies group led by Dr Ewa Deelman where he’s working on scientific workflows management on large-scale cyber-infrastructures.

He defended his PhD in Computer Science at École Normale Supérieure (ENS Lyon), France, in 2018, under the supervision of Anne Benoit and Yves Robert . Loic was part of the team ROMA at the LIP . He was mainly working on co-scheduling algorithms for large-scale applications. He was also working on scheduling and data management problems on the new many-core architectures.