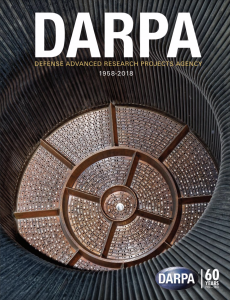 For the past 3 years the SciTech research group (led by Dr. Ewa Deelman) has enabled research endeavors via two DARPA-funded projects: RACE and MINT. The RACE (Repository and Workflows for Accelerating Circuit Realization) project is part of the DARPA CRAFT program, which seeks to develop new fast-track circuit-design methods, multiple sources for integrated circuit fabrication, and a technology repository delivered by RACE team, that will facilitate reuse of proven solutions. The MINT (Model Integration through Knowledge-Rich Data and Process Composition) project is part of the DARPA World Modelers program, and targets the development of a framework that incorporates extensive knowledge about models and data, which will combine existing models from various disciplines-including hydrology, agriculture, economics and social sciences-and run simulations to predict the consequences of actions or policies in specific geographic regions.

The contributions of these projects to both the DARPA’s CRAFT and World Modelers programs have been featured in the DARPA 60th Anniversary Digital Magazine:

The Circuit Realization at Faster Timescales (CRAFT) program was conceived to explore solutions to this problem through the use of automated generators to rapidly create new circuits and accelerate the design cycle. Recently, researchers in the CRAFT program demonstrated a design flow that leveraged automated generators to produce digital circuits seven times faster than that achieved by traditional methods. Put in another way, these tools enabled small design teams to be just as productive as teams seven times their size.

DARPA’s World Modelers program intend to support people in assembling large, complicated workflows of many models in order to more quickly gain insight into problems such as food and energy insecurity.